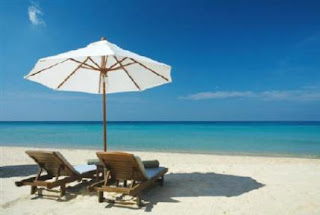 You'll find many "Top Honeymoon Destination" lists floating around.
Perhaps not surprisingly, they tend to list the same places.
Hawaii makes every list, usually ranked right at the top.
Caribbean islands like Jamaica and Aruba and St. Lucia appear again and again. Tahiti, Italy, Paris, London, Fiji—repeaters all. That's a good thing, though. Those places are popular for a reason, offering the sort of beauty, amenities, activities, and other goodies that romantic travelers are seeking. If your fantasy matches one of these popular destinations, you're in good company.
W
e based our list of the 2009 Top 10 Honeymoon Destinations on a combination of objective and subjective criteria, including a formal poll of readers at The World’s Greatest Honeymoons; an informal poll of travel-writer colleagues; statistical industry trends; and an appreciation for destinations that we feel offer consistent reward and value.
Here are Numbers 6 through 10 of our 2009 Top 10 Honeymoon Destinations. We’ll post Numbers 1 through 5 shortly.
6. Italy: It’s no mere coincidence that Italy’s pace-setting capital, Roma, is “Amor” spelled backwards: Italy has always been synonymous with thoughts of love, sex, and romance. After all, among the heavenly pantheon of the ancient Romans were Venus, the Goddess of Love, and her son Cupid, the God of Love. A visit to this land of immense contrasts could encompass just about anything from peaceful lakeside towns, to vibrant cities, to Renaissance villages, to the golden coast.
7. U. S. Virgin Islands: Between them, the three major US Virgin Islands offer most of what’s best about the Caribbean. The largest island, St. Croix, has a diverse landscape ranging from tropical rain forest to near-desert and is home to Buck Island Reef—the only underwater national monument in the U. S. and a snorkeler's paradise. St. Thomas, the most developed and sophisticated of the trio, is where you’ll find the capital city of Charlotte Amalie—and major duty-free shopping, terrific restaurants and resorts, and plenty of night-time action. And St. John, two-thirds a National Park, is an outdoor-lover's dream filled with hiking trails, incredible beaches, and protected reefs teeming with colorful tropical critters.
8. Aruba: It may be the smallest of the three Dutch-Caribbean "ABC" islands lying off the coast of Venezuela (the other two are Bonaire and Curaçao), but Aruba is packed with things to do and see. That's one of the reasons Aruba boasts the Caribbean’s highest rate of repeat visitors. Another reason: temperatures averaging 82° and cloudless skies almost every day...perfect for swimming, diving, parasailing, horseback riding on the beach, or whatever your tropical adventure fantasy might be. And, of course, there are those beaches, mile after mile of sugar-sand stretches that count among the Caribbean's finest.
9. Las Vegas: A razzle-dazzle nightlife, some of the world’s top restaurants, simply incredible hotels and resorts, over-the-top architecture, instant weddings for the elopement-oriented, a nearly endless list of activities and outdoor adventure…those are just a few of the many reasons why Las Vegas is so popular with honeymooners. And, in 2009, there’s another: amazing bargain rates. The economic slowdown has hit Vegas hard, allowing you to reap the benefits.
10. Turks & Caicos Islands: There’s a reason why the Turks & Caicos are sometimes called the Forgotten Islands, or why a magazine poll once graced them with the distinction of having the least name recognition of any nation in the world: this island group is truly off the beaten path. Most people heading for this part of the Caribbean end up in the more well-known (more crowded, more expensive) Bahamas. If they knew about the Turks & Caicos’ reputation for tranquil beauty and relatively modest prices, they’d travel a bit further.
For more info: Still curious? Check out different lists of Top 10 Honeymoon Destinations offered by other publications around the world.Author: Suzie Rodriguez

Suzie Rodriguez is an Examiner from San Francisco. You can see Suzie's articles on Suzie's Home Page.
at May 12, 2009