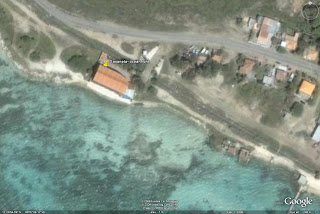 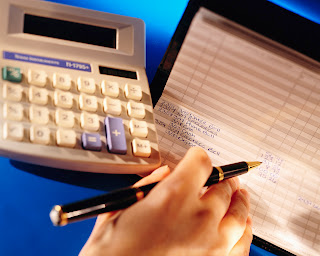 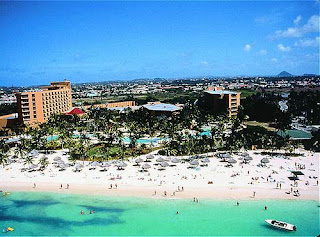 Aruba, the island of 90,000 friends you haven’t met yet, is truly an extraordinary experience for travelers, but don’t just take our word. To date in 2009, the island destination and its hotels have received numerous travel awards.
Aruba was recently recognized by TripAdvisor® as a “Top Ten Romantic Destination For Couples.” TripAdvisor®, the world’s largest travel community, bestowed the honor on Aruba from a recent survey that focused on romantic travel. The survey was conducted amongst more than 1,800 U.S. respondents.
Beyond being a top romantic destination, TripAdvisor® has also named Aruba’s capital, Oranjestad, number ten on the list of “Top 25 Destinations in Latin America/Caribbean” via the 2008 Travelers’ Choice Destinations Awards. Other island recognitions include The Atlanta Journal-Constitution naming Aruba a “Top Ten Destination Wedding Location” and Scuba Diving Magazine’s second place as a top “Wreck Diving Destination” and one of the “Top Twenty Dive Destinations for the Caribbean.”
Additional recent accolades received by Aruba include:
• Bucuti Beach Resort won TripAdvisor®’s 2009 Travelers Choice Award in the “Best Hotel for Romance” category for the fourth consecutive year; Expedia’s “Insider’s Select Award” for the fourth consecutive year; and a “Golden Apple Award” by Apple Vacations the for the eight consecutive year.
• Travel + Leisure named the Radisson Aruba Resort & Casino one of the “Top 500 World’s Best Hotels” in January 2009.
• The Hyatt Regency Aruba Resort & Casino received an AAA Four Diamond Award 2009.
• Sherman’s Travel listed the Occidental Grand Aruba as one of the “Top 10 All-Inclusive Beach Resorts.”
• Marriott Aruba Ocean Club received the Interval International Premier Resort Award for providing outstanding vacation experiences to their members. Additionally, the property’s executives and sales team received the Chairman’s Club Award for their significant contributions to new member enrollments with Interval International. The hotel’s Mandara Spa was named to the Platinum List of Celebrated Living magazine in the “Best Spa” category.
• Aruba’s Airport, Queen Beatrix International was awarded second place in Skytax’ World Airport Awards - Best Airports in the category for Central America and the Caribbean for the second consecutive year.
at July 22, 2009 1 comment: 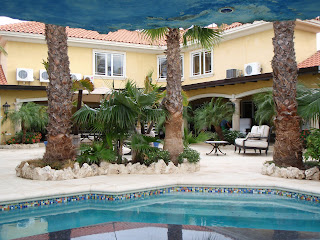 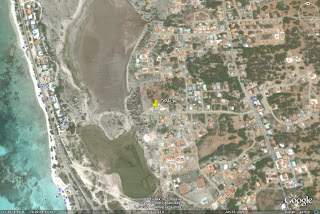 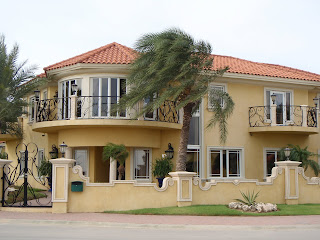 Aruba, Bonaire and Curacao, (Dutch ABC Islands) on a List of the World’s Safest Places to Travel

Where You Can Travel Without Worry, and Feel Super-Secure
Given some Caribbean islands’ reputation for violent crime and the high-profile Natalee Holloway case in Aruba, it may seem counterintuitive to include the Dutch ABC islands (Aruba, Bonaire and Curacao) on a list of the world’s safest places to travel.
But the stats don’t lie: Crime rates on the three islands are low, political unrest is virtually unknown, they’re too far south for hurricanes, and in 2008 the trio ranked lowest in the Caribbean in felonious incidents against visiting yachts. In fact, Aruba was the only place in the region to achieve a perfect score on the yacht crime survey.
To find the world’s ultra-safe places to travel we analyzed piles of data, from U.S. State Department warnings on crime against U.S. citizens abroad and the latest United Nations survey on global crime trends to the Mercer rankings of the world’s safest cities. We also looked at other fear factors: natural disasters, social or political unrest, warfare and terrorism. However, the criteria are too varied to make a definitive ranking credible and to rank the 10 safest countries. Some of our choices were obvious: bucolic New Zealand, neutral Switzerland and squeaky-clean Singapore. As for omissions, the Scandinavian countries and some very small island nations would make a longer list of 20 or 25.
Some of our findings are surprising.
Maybe it’s movies like “Gangs of New York” and guilt by association with the ongoing troubles across the border in Ulster, but the Irish have always had a rather gruff reputation. But you shouldn’t judge a book by its cover. A recent World Health Organization study named the Emerald Isle the least violent country in Europe. And according to the latest Mercer rankings of the world’s safest urban areas, Dublin is less dangerous than major cities in Japan, Australia or Canada.
The image of the rough, tough Irishman “is a media myth—the Hollywood version,” says retired Irish entrepreneur and diplomat Michael Mullally, who for many years has addressed his country’s persona abroad. “It’s about a realistic an image of the Irishman as the Marlboro Man is of Americans.” Cyprus is another place that bucked its traditional image. The 1950s struggle for independence against the British and the Turkish invasion of 1974 and its contentious aftermath color perceptions of the eastern Mediterranean isle. But with the Orthodox church and the traditional Greek family as the twin pillars of society—and a booming economy since entering the European Union in 2004—the island has evolved into a haven of serenity. Recent moves toward rapprochement between independent Cyprus and Turkish-controlled North Cyprus have also contributed to the overall sense of calm.
Tasoula Manaridis of the Cyprus Tourism Organization feels that several factors contribute to the island being such a safe destination. “Cyprus is a country with very high per capita income, one of the highest in Europe. The poverty is at a very, very low level.” But she also points out that, “We never had a terrorist attack either. When they have troubles in the Middle East, they evacuate people out to Cyprus because it’s the safest destination nearby.”
Our search for the safest places revealed several common denominators. Almost all of them are relatively small in terms of both size and population (New Zealand was the largest in both categories). They are all fairly affluent, if not on a global basis then certainly when compared to other countries in their region. And for the most part they are free and open societies, with democratically elected governments and freedom of the press. Religious and family values also figure into the mix. Many of them have homogenous populations, although the melting pots of Singapore, Switzerland and the Dutch southern Caribbean islands show that isn’t always the case. According to Jacob Gelt Dekker, mastermind behind the award-winning Kura Hulanda restoration project and museum in Curacao, the keys to their own tranquility are employment and education. “Unemployment on Curacao is about 3 percent of the adult work force … These numbers compare very favorably to the rest of the Caribbean, where unemployment of the adult work force is on average 15-25 percent.”
Local unemployment is low because the education is ingrained in the local culture and heavily backed by the government. “Education laws make schooling obligatory up to the age of 18 years, and soon to be extended to 21,” Dekker explains. “We expect crime to be even less in the near future, as the schooling laws come into play.” For a rough comparison, we’ll note the United Nations Office rankings on Drugs & Crime, listing a few of the countries ranked solely on the basis of crime and drugs.
Obviously a country currently involved on a war (Iraq, Afghanistan) is going to be the most dangerous. Many large countries do not fare as well. For instance, Colombia, South Africa and Jamaica almost always rank among the world’s most dangerous. Reading from most dangerous to least, the U.S. is the least safe of the big Western nations. The U.N. study ranks the U.S. at No. 24 in per capita murder, well head of France (No. 40), Britain (No. 46), Germany (No. 49) and Japan (No. 60).From msnbc.msn.com
at July 13, 2009 5 comments: 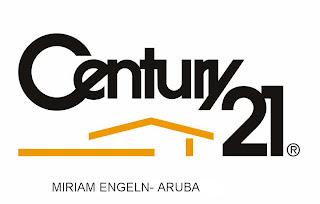 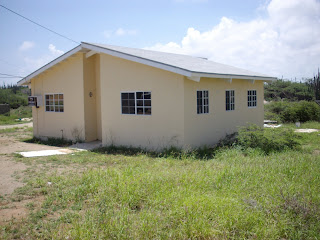 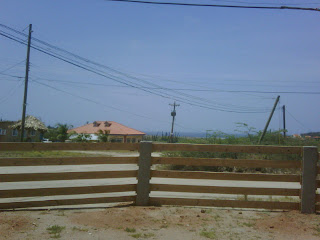 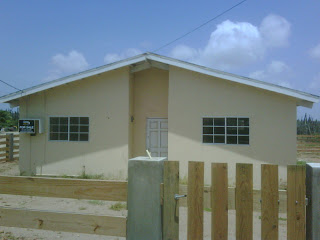 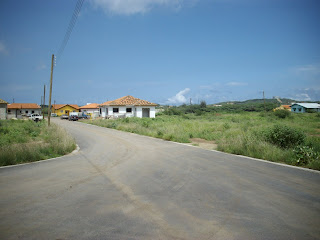 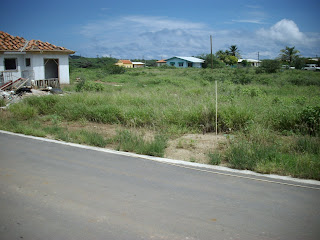 one of the smallest homes on Earth 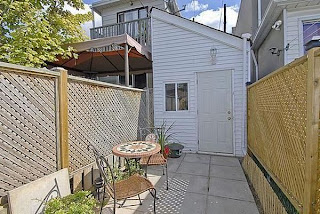 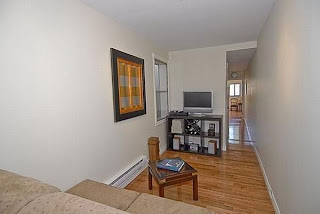 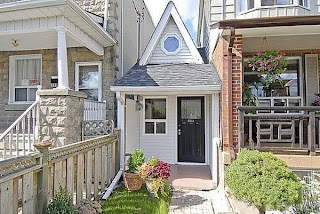 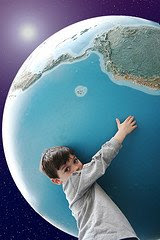 If you've shopped for organic products before, you know that they can cost quite a bit more than non-organic items.
So, why should you consider purchasing these more expensive products? What are the benefits of purchasing organic over non-organic?
Environment
Cleaner Water: With organic farming, there are no pesticides to leak into the water, potentially contaminating our drinking water.
Cleaner Air: Conventional farming requires chemicals to be sprayed, left to linger in the air for people and animals to be breathe.
Soil Erosion Prevention: In organic farming, the soil is built up with organic material, such as compost, which helps to enrich the ground and prevent erosion. Enriched soil also means more nutrient rich foods.
Reduce Pesticide Reliance: Pesticides may kill off some pests, but, just as with antibiotics in people, pests can develop a resistance towards pesticides. This makes the use of increasingly stronger pesticides necessary to continuously kill off the pests. With stronger and stronger pesticides, the risk to the humans and animals becomes increasingly greater.
Animals
No Growth Hormones or Antibiotics: Animals that are raised organically are not given growth hormones or antibiotics, so you will not have to worry about these chemicals being passed from your meat into your body.
Humane Treatment: Organically raised animals live under much more strict guidelines, allowing them to live under better conditions than those not organically raised. I will not go into detail about these conditions, but it's enough to say that they cane be very, very poor.
Organic Feed: Organically raised animals are, of course, feed organic only. This ensures no build up of pesticides in the animal, and no pesticides being passed onto you. Non-organically raised cows may be feed ground up remains of their own kind, which can spread bovine spongiform encephalopathy, or mad cow disease. Contaminated beef can cause Creutzfeldt-Jacob Disease in humans, which is fatal. Organically raised cows are not feed animal remains.
Helping Farmers, Workers, and Their Families
Protecting Their Health: The daily exposure to chemicals used in conventional farming can increase a farm worker's risk of developing cancer.
Support Small Farms: Most organic farms are small, family-owned and run businesses. Purchasing organic can help ensure family survival.
Health Reasons
Chemical Free Food: Although there is conflicting research on the subject of whether or not organic foods are healthier, eating non-organic foods have not been proven to be completely safe. These items contain no more than an approved amount of chemicals, but no one knows how dangerous ingesting the chemicals in combination from multiple food sources can be, or the long-term effects of these chemicals on our bodies.
Clean Air and Water: As mentioned before, organic farming does not rely on harmful chemicals that can pollute our water and air, so we can breathe more freely and drink with less concern.
And As A Bonus
Taste!: If the above reasons aren't enough to convince you to at least try organic, consider the benefits for your taste buds! From personal experience, I can tell you that organic foods taste just as good, if not better than their non-organic counterparts. No sacrificing flavor!So what products are considered organic? Here is the list:
Must contain at least 95% organically produced ingredients. The other 5% must be nonagricultural or approved non-organic ingredients on the USDA's national list.
Before the use of non-organic ingredients, the company must prove a lack in quality or quantity of equivalent organic ingredients.
Terms must be displayed on front of package.
at July 08, 2009 No comments:

Why invest in real estate? 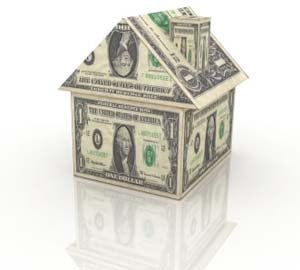 The real estate market moves in approximately 20-year cycles. Right now we are in a Down Cycle so prices are low and this is a buyers market!
This is the perfect time to invest in real estate because there are currently thousands of under-valued properties--many in your area--ready to be purchased far below market value.
The recent rise in distressed properties is an amazing opportunity for you to achieve the privileged life you've always dreamed about. The key is to take advantage of these conditions NOW before the market takes an inevitable up-turn.
at July 03, 2009 No comments: