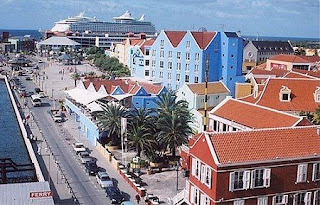 By Bob Retzlaff• Post-Bulletin, Rochester MN
There are many reasons why the Caribbean is and has been for years the No. 1 cruising destination in the world.
The primary reason, of course, is the region's warm climate. Year-round cruising is possible there, and that's not in the cards for many other also-popular but more seasonal itineraries, such as the Mediterranean, the Baltic, Alaska, the British Isles, and major areas in South America.
The price is usually right for a Caribbean cruise, too. Because cruising is popular all year, there is a plethora of competitive pricing among the 25 to 30 ships that ply the warm waters of the region.
There's plenty of room for cruising there, too. The Caribbean Sea is the world's fifth largest body of water and is home to more than 7,000 islands. While cruise lines don't stop everywhere, there is a host of choices when you're picking an itinerary. And the itineraries can be as short as three or four days or as long as about two weeks.
The Caribbean has a 40 percent-plus share of the world's cruising market. That translates into millions of passengers in 2008 it is estimated that 12.8 million people cruised; around 5 million of those were in the Caribbean.
The region breaks down into what most consider three somewhat different cruise offerings the western Caribbean, the eastern Caribbean and the southern Caribbean. Each has its own advantages , even though many of the cruises start from the same place Florida, from either Miami, Fort Lauderdale or Tampa.
First-timers should consider the basic western Caribbean itineraries for their initial experience. There is a pretty good mix of Central American and island ports, as well as days at sea always treasured by most cruisers.
Eastern Caribbean itineraries usually feature attractive stops in Puerto Rico, St. Thomas and St. Martin, where there is the best shopping and beaching.
But our favorite and we've cruised the Caribbean a dozen or more times is the southern reaches. We enjoyed that itinerary especially Aruba, Curacao and Costa Rica on a December cruise aboard one of Holland America Line's five-star vessels, the MS Zuiderdam.
The focus for us though, was a visit for the fourth time to the Panama Canal, and an excursion trip into the deep Panamanian jungle.
Aruba and Curacao plus Bonaire are known as the "ABC Islands" and have close ties to the Netherlands, and still are part of the Dutch kingdom.
Most striking are the islands' old colonial and colorful architecture. It is mostly Dutch style with picturesque gables overlooking narrow streets with Dutch names.
Aruba is dry and flat and it's almost impossible to grow crops. Fresh supplies are brought in daily by small boats from nearby Venezuela. Some of the best shopping in the Caribbean is offered at Oranjestad, which is the port of call in Aruba for cruise ships.
Curacao was discovered in 1499, only seven years after Columbus landed in the New World, and consequently it is one of the oldest European settlements in the region. It is the largest of the Dutch islands and has the most convenient location for shipping.