A Look at 2014 Housing Predictions 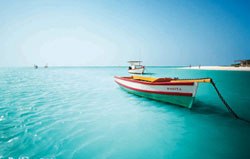 As 2013 slips into the past, it's time to look forward to try to get a glimpse at what the coming year will hold for the housing market. The past year was definitely a year of recovery, with home prices gaining percentage and sales reaching a fever pitch in late spring. While a summer spike in interest rates took some of the momentum out of the market during the remainder of the year, economists are expecting good things for 2014. Here's a look at a few of those forecasts;
Increasing Inventory
Experts believe that inventory will increase in 2014 as rates move up and prices stabilize. "The pace of home value appreciation has leveled off and is beginning to slow down after peaking this summer. Much of this year's rapid growth in home values can be attributed to very strong demand, as low mortgage interest rates, relatively low home prices and a slowly improving economy helped draw buyers into the market,". "This slowdown in home value appreciation will contribute to a more balanced market and will help to ease some emerging affordability problems in a handful of very hot markets".
Rising Home Sales
"Despite rising mortgage rates and continued property-value appreciation, housing will remain generally affordable in most parts of the world."  "With household formations expected to pick up and new home completions gaining more slowly, for-sale inventories may remain tight and vacancies low."
Decreasing Affordability
Not everyone foresees an improvement in home price affordability for 2014 though. Even if prices do not accelerate as quickly as they did in 2013, some believe that inventory will not be able to catch up with demand in the coming year. "We've come off of record high housing affordability conditions in the past year, and are now at a five-year low, but conditions are still the fifth best in the past 40 years. While the median-income family in many areas will still be well positioned to buy a home in 2014, income is barely budging given growth in consumer prices."
Investors Replaced By Repeat Buyers
Analysts at a housing market data website expects investors to take a back seat to primary residence purchases in the coming year. "2013 was the year of the investor, but 2014 will be the year of the repeat home buyer." "Investors buy less as prices rise: higher prices mean that the return on investment falls and there's less room for future price appreciation." He went on to say that repeat buyers will fill in the gap left from retreating investors, because unlike first-time home-buyers, they often have enough for down payments from the current equity in their homes.
In sum, economists see 2014 as year of increasing home sales and a moderate rise in home prices. Inventory will increase but not fast enough. Investors will exit the scene as foreclosures continue to decline and provide fewer distressed and discounted properties on the market. And if the unemployment rate can continue to tick down and incomes can increase more, the housing market will be on solid footing by the end of next year.
at January 25, 2014